English >Deutsche Version<
Last Saturday Cradle of Filth gave the last Cruelty and the Beast show at the London Palladium.

The musical opening of the evening was done by DJ Amazonica. CoF fans know her as Dirty Harry from the Heaven 17 cover Temptation. Her styling was strongly Bladerunner oriented. The announcements were made by Mighty Matt Mason who led the evening as master of ceremonies. 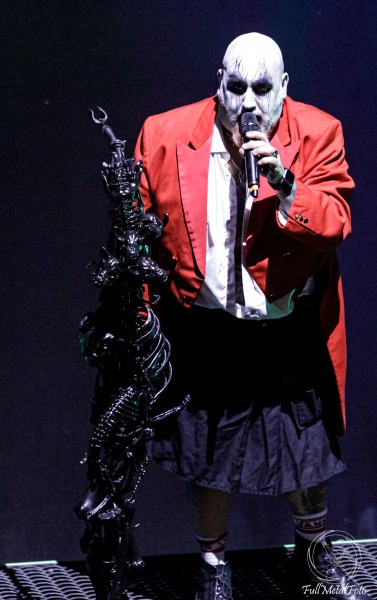 Too bad that DJ Amazonica only played music and did not perform her own songs. The mixture of different music styles was well received by the audience. Something else wasn’t to be expected from one of the most respected DJs in the world. Those who didn’t like it used the time to besiege the bar. They served the delicious ‚Pale Countess‘ Ale.

Cruelty and the Beast

The venerable Palladium in London’s Soho district provides an exceptional setting for an exceptional concert. To celebrate the anniversary of the 1998 album Cruelty and the Beast, Cradle of Filth toured with a special show of the same name. The show started at the Substage in Karlsruhe. The show in London is the conclusion for the upcoming release of Cruelty and the Beast Re-mistressed.

The stage design has also grown appropriately. Lindsay and Marthus each have a platform at a height of 2 yards. A central pedestal with stairs connects the two. And offers the right place for Dani Filth’s opening ceremony. The Cruelty and the Beast Set begins with a drum roll and fire.
Ashok, Daniel and Richard are constantly on the move. Everyone has their own kind of stage presence but it always works harmoniously. Dani Filth always moves between the front pedestals with its microphone stand and the upper pedestal. Particularly pleasing is how clearly Lindsay’s vocal parts fill the room. Marthus has the most movement and he doesn’t even move from the spot. 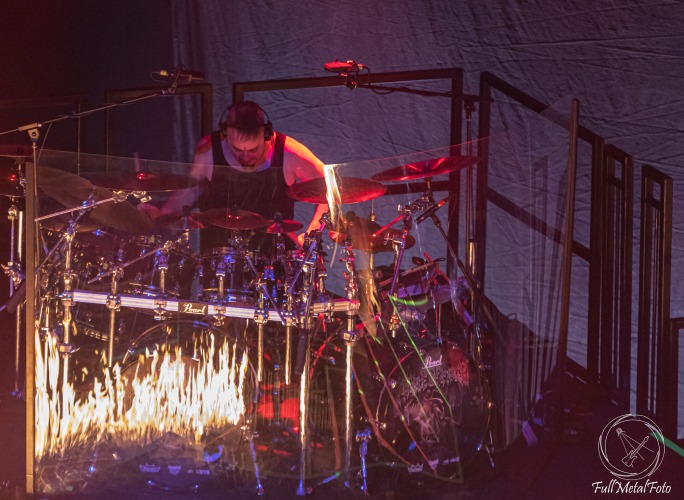 The setting of the Palladium as a musical theatre allows everyone to see and enjoy the show of light, fog and fire. In addition, during Venus in Fear Elisabeth Báthory appears on the stage in person and distributes roses to the audience during Portrait of the Dead Countess.
After about an hour Cradle of Filth leaves the stage and the master of ceremonies Mighty Matt asks if anyone wants to see more. After that there is a fifteen minute break. 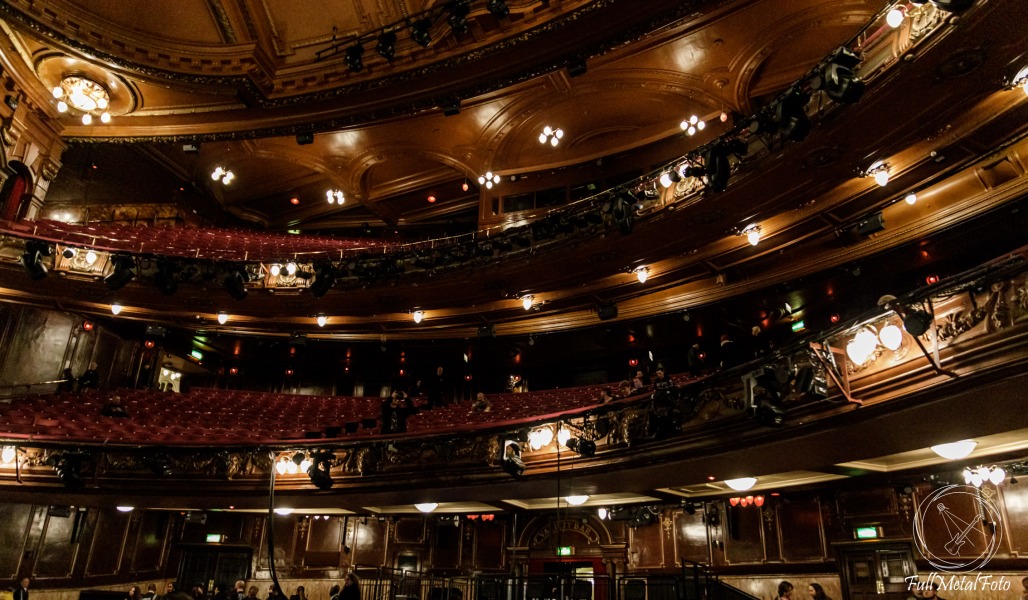 During the break the Cruelty and the Beast backdrop is exchanged for the current backdrop of the Cryptoriana Tour. And Dani Filth has not only changed his coat but also his make-up. Now a little more discreet, before he looked like the evil version of the Joker.
The setlist of the second part is the dark best of from their whole creative period. Only one song from the current album the dark and sad love song Heartbreak and Séance made it into the set. And despite all the shouts Dani Filth rejected the wish for a duet with Dirty Harry. 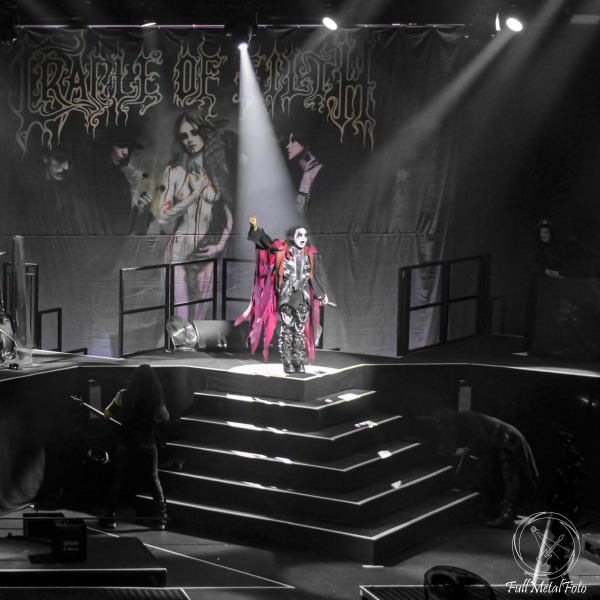 As an interlude during Saffron’s Curse two nuns try to convert the band and the audience. It doesn’t work out as planned and ends with a double striptease and a lot of blood. The second set has snow during Her Ghost in the Fog and ends with From the Cradle to the Enslave and a confetti bang.
Many thanks also to the security, who not only did a good job but also provided the first rows with enough water so that nobody loses his place or, even worse, collapses.

As icing on the cake we had an invitation to the After Show Party. Some good conversations with band, family and friends. Among other things I got to know Dani’s tattoo artist, nice guy and magician with some good tricks. Although in the interim everyone, including him, was confused by the trick. In addition we trank some delicious Cradle Ale and Gin Tonic. That’s the way every concert should end.

Cruelty and the Beast